Link is created even though the IsValidLink from Relinking returns false

To get the above feature I have overridden the IsValidLink() and it returns false if fromnode and tonode are null. But I see that even though this method returns false the link is created without any nodes.

Any suggestions on this ?

Consider the following. I have a open link connected to a node. 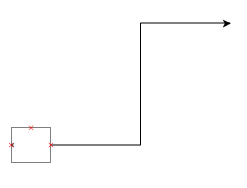 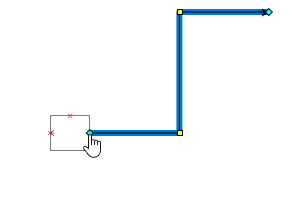 when I do that I get this.

The following is my Code in RelinkinTool:

So do you want to allow relinking to another node/port, but disallow disconnecting any link entirely (i.e. not allow any Link with both FromNode and ToNode null)? While still allowing one or zero ends of links to be disconnected?

Yes. I expect that when I try to disconnect the connected end of the link nothing should happen and also disallow disconnecting any link entirely.

Shouldn’t that override be returning a value in case both node args are non-null?

I would write that test as toNode == null || fromNode == null, although I guess that’s OK in a recent version of C#. But using == is faster.

IsValidLink() returns false but still the link is being created in diagram.

Your code cannot compile successfully because it does not return a value in the case when either toNode or fromNode are not null.

Also your code would not allow the user to draw or reconnect a link so that only one end was disconnected.

Instead of overriding RelinkingTool.IsValidLink, try this:

This causes there to be no relinking handle if the other end of the link is not connected with any node.

The code I had put was just the partial code.

The solution you gave is working as expected.