I was just wondering if we can have a disconnected link as show in the image below ? My requirement is that in a complex diagram I have to connect two nodes which are at the extreme ends of the diagram and instead of connecting them via link, I can give two virtual connecting nodes which makes my diagram simple and more understandable. Is there any option with which I can accomplish this ?

If I click on either of the "A"s I should be able to see a dotted line connecting to both "A"s which is rather simple. But technically the blue box be connected to brown boxes but on UI they should look like as in image. 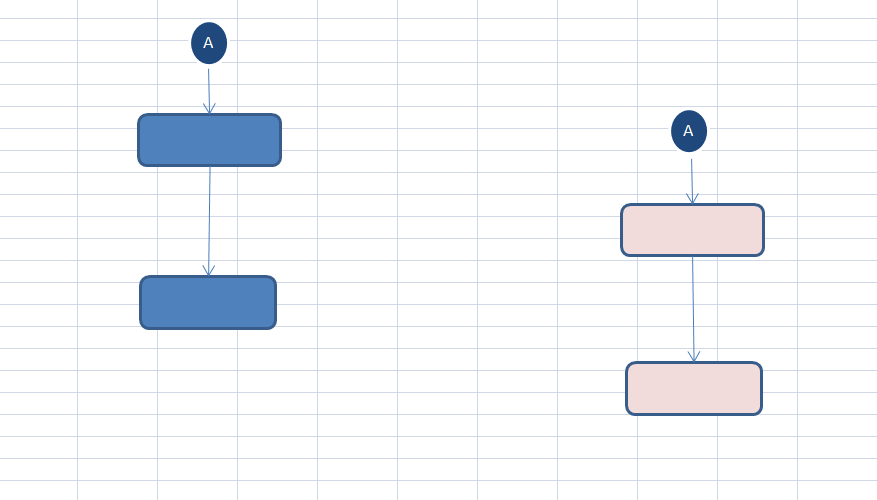 Do you mean to say that the model only has a link from the top blue node to the top brown node? Or does the model already have two nodes labeled “A” connecting to the blue node and the brown node, respectively?

Also, are you really interesting in having the click event on an “A” node show the dotted link, or is it when an “A” node is selected?

Probably the image didn’t convey my question clearly. Here is what I want.
I wanted to know if there is any control which I can use in place of “A”. The main purpose of “A” here is that to give output of the last blue box to the brown box. Just that both the "A"s are not connected via any visible link but internally they are connected. 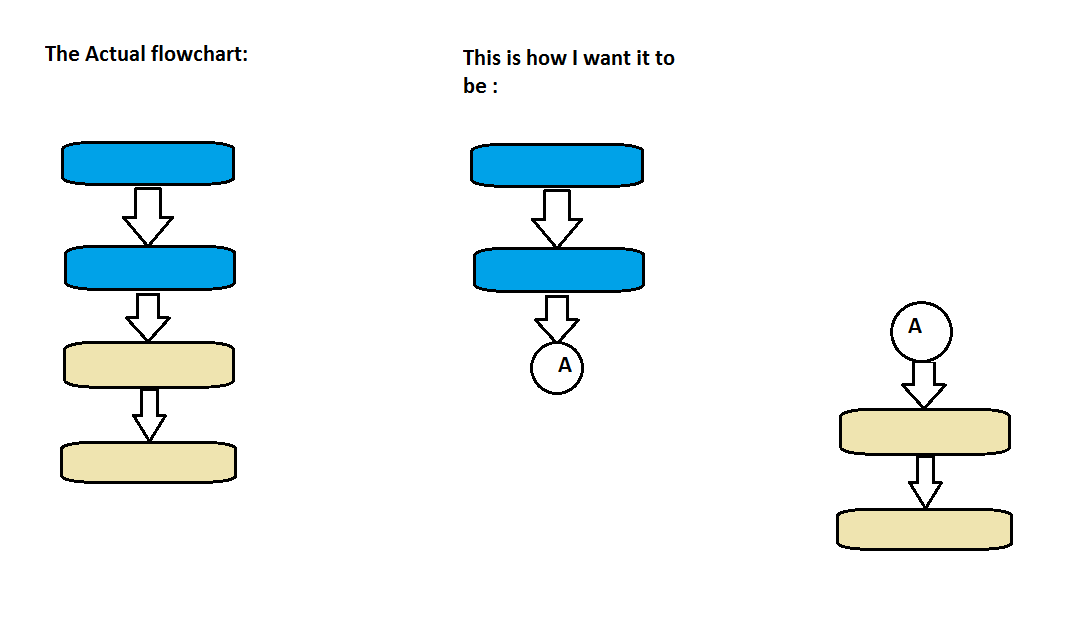 No, there isn’t anything built-in. But it should be easy enough to replace a selected link with two nodes connected by two links to the originally connected nodes.